Our international relocation services to France include:

Get your free quote today and get a full international relocation to France.

Ready to Move to France?

Australian’s Guide For Moving To France

France is a center of art, science and progress in the world. It is a country with a deep culture and history that is renown for being beautiful, elegant and romantic. It is a classic choice for an expat destination, as idealised in great works such as Revolutionary Road by Richard Yates. It has a high standard of living, is an economic world power and a population of nearly 67 million.

Should I Use A Removalist Service When Moving To France?

Palmers does more to safeguard your goods than just handle them carefully. At customs, goods that have been wrapped by the individual themselves are subject to close scrutiny, and sometimes, this can compromise your possessions. Professionally packaged goods are rarely subjected to this.

How Do I Move My Car To France?

You will have to satisfy certain customs criteria, which are not too stringent in this country. After this, your car will be shipped and you will have to collect it from a depot in France.

Can I move my boat to France?

Moving a boat to France is surprisingly similar in process and requirements. Make sure to clean marine botanicals out of the boat and off the outside as well. Barnacles on the bottom can raise eyebrows with customs inspectors who don’t want to see introduced marine pests.

France As An Expat Destination

France is a multicultural country with a diverse range of expats from numerous countries. Most French people are Anglo-Saxon (85%), but there are also a large number of African ethnicity (13%) and Asian (2%).

France has a large elderly demographic which makes it an attractive location for the retired. It is responding to its ageing population in a proactive way by installing the necessary facilities.

France’s official language is French which you probably knew, so it’s best to start learning it if you plan on moving there. Among the European countries, the French are known for not speaking English well. Only around 40% of the population speaks English—and the fluent English population would be even smaller. The reason for this is largely cultural—the French are very proud of their native tongue.

France has average temperature highs of ~20°C and lows of ~5°C. The majority of the country, centred on the western side has an ‘Oceanic’ climate of moderate summers and cold winters. The southern side has more moderate winters, hot summers and less rainfall.

The cost of living in France is substantially lower than in Australia (Sources: 1, 2). And this is despite France’s relatively high rates of taxation. The main reasons for this are:

France has a universal healthcare system that in 2000 was found to be overall the best in the world. It spends far higher percentages of GDP (~12%) on healthcare per year than other European countries. Health insurance is compulsory in France and is paid as a regular amount along with taxes and superannuation. And because of this system, most hospitals and medical centres in France are public, because the system is of such a high quality that not many opt for the private option.

France has one of the best education systems in the world for the same reason as their healthcare system in that it is largely public and well-funded. One of the best things about France’s education system is that tertiary education is highly subsidised, and the cost in total for a 5 year Master’s degree is only ~€750-3,500.

5 Tips For Moving To France

1. Always help a stranger in distress. It is against the law not to in France.

2. Start learning French. The French take pride in their language and prefer it to English.

3. Remember formalities. French customs are more traditional than those in Australia. Saying ‘bonjour’ and shaking hands are customary every time you see someone you know.

4. Health insurance. Before buying private insurance, check what you are covered by under the public system—it may be quite a lot.

5. Be patient with bureaucracy. The French customs bureaucracy is notoriously uhmm . . . bureaucratic. In fact, they invented the word.

Book Your Move To France Today 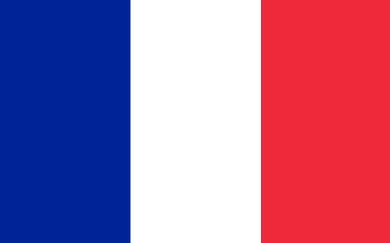