Our international relocation services to India include:

Get your free quote today and get a full international relocation to India.

Ready to Move to India?

It is known for its diversity of natural environments, its bustling cities, its delicious cuisine and striking landmarks.

You may think that it’s safer just to pack your belongings yourself because you will be the only one touching them, but actually you may not be….

Self-packed belongings are far more likely to be inspected by border security than those that are professionally packed. This is yet another reason why it’s safer for your belongings to be packed by Palmers.

Moving your car to India may be easier than you think (unless you think you can just drive there on a bridge). You must satisfy India’s criteria which involves proving your Australian driver’s licence, plus satisfactory driving record. Then, you can get your car shipped to India and collect it at a depot.

Moving Your Boat To India

Moving your boat to India is actually quite similar on the requirements side of things to moving your car. You will have to supply evidence of your Australian boat license and satisfactory boat license record.

How Long Will It Take To Move To India?

It should take 5–7 working days to get clearance to move to India if you are occupying an entire shipping container yourself (Full Container Load). However, if you are sharing a container with others, it will take just a few more days: 7–10 working days.

India As An Expat Destination

India is an expat destination for 20—30,000 people at the present time. It is a key destination for people on business, teachers and those who want to embrace the exotic Indian culture and spirituality. India’s low cost of living enables expats to often employ maids, nannies and etc. to take a load off their hands. However, a competitive job market and the standards of public facilities do dampen some people’s expat experiences.

India has over 500 spoken native languages, but the most common ones are Hindi—spoken by 54% of the population, and English—spoken by 12%. Therefore, whilst English can get you by in this country, it is beneficial to start learning Hindi.

India’s climate varies over its landmass so it is difficult to sum it up in a single statement. In the southwest, the climate is tropical versus alpine tundras in the north.

Like many Asian countries, India has a monsoon season and this occurs from June to September. In this time of year, there is heavy rainfall and even storms so be prepared for this.

When you move to India you will get a pleasant surprise every time you purchase something. The cost of living in India is far far lower than in Australia. Australian consumer prices are 206.58% higher. Rent Prices in Australia are 487.70% higher!

This is one of the greatest reasons to move to India. However, you must take into account that Australia’s purchasing power is 60% higher. What that means is that people in Australia generally earn more and have more spending power. In India, job competition is fierce and pay rates are generally less, so keep that in mind.

India doesn’t, unfortunately, have a universal health care system, so private health insurance is a must when living in this country. Make sure you spend time considering the health insurance plan to purchase because some healthcare facilities in India are of low quality. However, because of the private nature of this system, higher quality healthcare can be purchased.

India’s education system is often praised for its marked improvements in recent years. However, there is still ground to be made towards modernising teaching methods, improving facilities and providing more spots in higher education to cut down on the intense competition. However, private school systems are always available.

5 Tips For Moving To India

Book Your Move To India 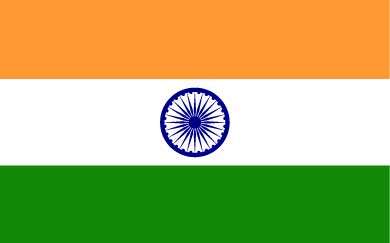