Our international relocation services to Italy include:

Get your free quote today and get a full international relocation to Italy.

Ready to Move to Italy?

Italy is the high-heel-shoe-shaped country that reaches out into the heart of the Mediterranean Sea. It has vast stretches of coastline and shares borders with France, Austria, Slovenia and Switzerland. It was once the centre of the Roman Empire which enjoyed 1500 years of peace and prosperity and at its greatest extent governed 21% of the world’s population. In modern times, Italy is still a world power. It is the 8th largest country by nominal GDP in the world and a highly developed country.

Italy has a good trade relationship with Australia, so moving your car shouldn’t be hard provided that you have a valid Australian license and a clean license record. Provide these in the customs process, then after you are cleared, you will have to ship your car to Italy and then pick it up at a depot when you get to Italy.

The recommendation is always to use a registered packing service like Palmers rather than package your belongings yourself. The reason is that Italian customs officers are far more likely to investigate self-wrapped items, and this can mean that your packaging gets compromised.

Moving Your Pet To Italy

Moving your pet to Italy shouldn’t be a problem providing that they pass customs. To ensure that your pet has the best welfare in transport and customs, you should enlist the service of a professional pet transport agent.

Italy As An Expat Destination

Expats consistently say that their favourite things about Italy are the social sense of community in cities and business relationships and the relaxed atmosphere. And no one forgets to mention the food and scenery. Hence there is a large expat community in Italy, especially in the major cities. But many expats also choose the scenic countryside—to start a vineyard, work a more relaxing job or retire.

The most popular urban expat destinations are the largest cities: Rome and Milan. Both are steeped in history and culture.

Other expat destinations which are less built-up include Tuscany (a leading wine producer), Florence (an artistic centre) and Genoa (a beautiful port city).

The official language of Italy is Italian, but you may not know that there is a multitude of regional languages that are also descended from Latin. When moving to Italy, starting to learn Italian is of great benefit. Because English is spoken by only 34% of people, so you will be able to get around, but communicating with some—especially older people who weren’t taught English in school will be difficult.

Italy is a country with a lot of variety when it comes to climate. You can sun-bake on a southern beach in the summer or build snowmen in the alps in the north in the winter. In general, the climate can be described as Mediterranean, because it is characterised by cold, wet winters and hot, dry summers. In Rome (which is towards the middle of Italy), average temperatures range between 8°C in winter to 26°C in summer.

The cost of living is a degree lower in Italy than in Australia. (Source). You can expect to be paying 30% less for living expenses if you move to Italy. However, the purchasing power is almost 40% lower so this makes the actual cost of living in Italy compared to Australia uncertain. Italy seems to come out marginally on top considering that Italian rent is almost 50% cheaper.

When moving to Italy, it’s important to research and keep up to date with the economy. The European economy was hit hard by the Global Financial Crisis and is still recovering. Before moving to Italy, make sure you are going to have financial stability.

Italy’s healthcare system is regarded by the World Health Organisation as 2nd best in the world. It has a universal healthcare system which provides free or highly subsidised treatment. However, for shorter waiting times or more luxurious service, the private option can be chosen. Prescription drugs do cost money but mostly they are subsidised.

Italy has a compulsory education from years 6 to 16 of age. Both public and private systems are available. The public system is, of course, free, but the option is open to those parents who are willing to spend money to send their children to a school with more facilities.

4 Tips For Moving To Italy

Book Your Move To Italy 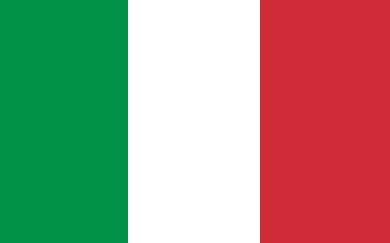