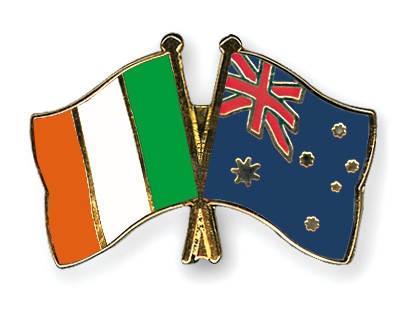 If you are thinking of making the big move from Ireland to Australia like so many before you, then I’m sure you have many questions regarding the culture of Australia. You’re also probably quite apprehensive because let’s be fair, it’s not a short move up the highway, but let me tell you, you are not alone.

Let me walk you through some of the notable differences I encountered on my arrival to Australia so you can be as prepared as possible. 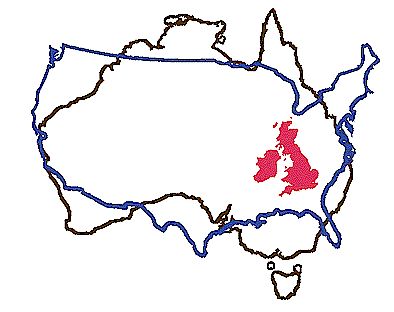 The Australian continent is a unique land, full of contrasts. It is the earth’s biggest island and the sixth-biggest country in the world in land area. Australia is the only nation to govern an entire continent.

Everybody knows that Australia is huge and Ireland is tiny, but just exactly how big of a difference is there in size?

The Irish do contribute to the Australian population though, in the 2011 Australian census, it was identified that 10.4% of the population claimed to either have Irish passports or Irish ancestry. It’s also worth knowing that although only 4.7 million live in Ireland, it is believed that there are roughly 51 million Irish passports in circulation worldwide. Everybody wants to be Irish I guess…

It’s no secret that in Ireland it rains a lot, but if you didn’t grow up in Ireland playing soccer in the rain with jumpers as goal posts while being lashed on, or playing chase in the school yard before returning to class like a drowned rat, were you really living in Ireland?

Well you can look forward to a much warmer climate here in Australia. Depending on what part of Australia you decide to live in will determine the type of weather you will experience, but I can assure you its all a whole lot better then what we experience (some die-hard Irish may disagree). The Northern section of OZ has a more tropical influenced climate (Northern Territory & QLD), hot and humid summers and quite warm and dry in the winter. Whereas the southern parts of the Country (Victoria, NSW, WA, SA, ACT) are cooler with mild to warm summers and cool sometimes wet winters. As a Cork ‘bai’ myself I stayed Southern and settled in Sydney.

Just like in Ireland, English is the 1st language of Australia. So you won’t have any language barriers here. That’s not to say you won’t have trouble understanding them. Again just like at home, the English language here can be very parochial. Slang words change from state to state and so does the pronunciation, so be prepared to not have clue what some people are saying for your first few weeks, but believe me they also won’t have a clue what you’re saying. Make sure to slow down and speak articulately, be polite and if you don’t understand someone don’t be afraid to ask them to repeat themselves. Say it with a smile and they won’t be insulted. Be prepared to repeat yourself a lot too. (However, it depends were you reside in Australia; the big cities tend to have more of a cosmopolitan accent, whereas if you venture outwards, you will hear some more characteristic Aussie accents and phrases.)

The majority of Irish expats set up shop in either Sydney (NSW), Melbourne (Victoria) or Perth (WA). The climates in these cities appeal best to us Irish. These cities are also full of other Irish expats so don’t think you will be jumping into the Australian community because you won’t. It’s all very multi cultural over here, and to be fair, Australians welcome all nationalities in to their Country. We get annoyed if the bus driver at home isn’t Irish…

Any Irish person will tell you that we love a good moan about how pricey Ireland is but to be honest after living in Australia for a little while you will find that Ireland isn’t that expensive after all. Things in Australia are either the same price or else more expensive than at home, but there is one huge factor that influences your train of thought on this and that’s your pay. The wages in Australia are a lot higher than at home, which allows you to have more disposable income therefore not worrying too much about the price when purchasing clothing, groceries or even while out on a night out. What you will learn is basically that it’s not how expensive Ireland is, but in fact how low the wages are there. You ask any Irish citizen living in Australia and they will all tell you the same thing, that it is a whole lot easier to save here in Australia. This is the deciding factor in a lot of people moving to this country—it can be a wise financial move. 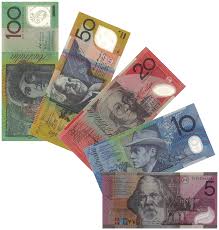 Just like Gaelic Football and Hurling, Australia have a native sport too which is only played here. It’s called Australian rules or Aussie rules. It’s a very different form of football to what you know. Every year Ireland plays Australia in a compromised rules game (mix of Aussie rules & Gaelic Football).It’s quite a spectacle and I would highly recommend getting to see one of these games or at least watch the game in an Irish bar. The Aussies hate losing just as much as we do.
Both countries are keen on watching sport – but Australia is keener I think due to the volume of people and wider range of sports and nationalities.
However the big difference is participation. Far more emphasis is in Australia on playing sport and exercising and this is 100% down to the weather. Who wants to be out playing golf in the lashing rain, or out jogging during a thunder storm? The sun shines nearly every day here which is ideal to get you off your bum and off out and about. And when the sun doesn’t shine, you can rest, but you won’t be resting too often I can assure you of that.

Australia is far more “work to live” whereas Ireland is more “live to work”. People in Ireland seem to work harder without reward, of course Australians (some…) do work hard but the balance is different. The weather again has a big factor on your attitude to work; I mean who wants to go to work when it’s lashing rain? But when you wake at 7am and the sun is splitting the stones, it’s that little bit easier to get out of bed with a smile on your face. Also, when you know you’re getting a very fair wage it makes it all the easier.

Australia is far more integrated and multi-cultural, especially in the big cities. With your Irish accent, you should encounter no more political incorrectness than a bit of banter at the pub. Away from the cities, some residual attitudes towards races are still present, but nevertheless, Australia is still one of the most modern, accepting countries in the world in this regard.

Treat others like you would like to be treated yourself. Be nice and kind to everyone. Keep the place clean. Bring lots of suncream. Get ready for BBQ dinners and most importantly if you have a fear of the sea…just start by putting your feet in.