Our international relocation services to Australia include:

Get your free quote today and get a full international relocation to Australia.

Ready to Move to Australia?

Australia is widely known as ‘the lucky country’, and for good reason. It has been blessed with abundant land, natural resources, natural beauty, economic prosperity, political stability, fantastic education and healthcare services and of course koalas (☺).

It’s no wonder that so many people seek to immigrate to this beautiful and unique country.

What Service Do I Need? Part Load Or Full Load?

It’s very hard to tell before actually packing whether you will need to hire a full container, or just share one with others. If you are packing the container yourself, this is something you can do on the day, however you can actually save money by enlisting a professional packing company like Palmers. This is because we know how to pack containers efficiently, so you will be less likely to require a Full Load, and also you will only have to buy less of a Part Load container.

Moving Your Car To Australia

Moving your car to Australia is not hard because of Australia’s sensible customs laws. You will have to prove that you have a valid license from your origin country and that you have a fairly clean driving record. There is the possibility that you will have to do some driving tests in Australia to get an Australian license because we are very strict on the road-rules and licensing in this country. Licenses from some countries, especially with different road rules, will be more likely to have to undergo this.

Moving A Pet To Australia

Australia is a very pet-friendly country, but getting your pet into Australia requires going through a fairly stringent customs and quarantine procedure. Australia is very serious about quarantine, so your pet will have to be cleared of infectious diseases and parasites. This process can be quite stressful for animals, so your may want to enlist a pet transport officer to safeguard your pet’s welfare.

Australia As An Expat Destination

Australia is one of the safest and happiest expat destinations for people of all nationalities, genders and etc. It is a highly developed and liberal country with fair laws and accepting values.

It is a top choice of expat destination for those looking to study, for employment, to raise a family or for retirement. But because of its desirability, it is also competitive to gain a visa. The Australian government preferences those who bring skills and can pass the English language tests.

The national language of Australia is English. But those who come from other English-speaking countries like England and the US will notice the distinct accent, word-choices and also spelling in Australian English. Virtually all Australians speak English. And it is a multicultural country with over 20% of citizens speaking a second language, but the spread is so diverse that it is best for visitors to know some English in order to get around.

Australia is the world’s sixth largest country so understandably, it is hard to sum up its climate in one statement besides saying that summer is December to February.

The northern parts of Australia like Cairns Queensland have sub-tropical to tropical climates, whilst the southern parts like Hobart Tasmania are oceanic climates. The large bulk of Australia’s landmass is in it’s desert centre where it is hot and dry.

Australia is consistently listed as having among the highest costs of living in the world. Sydney and Melbourne especially are constantly rated as two of the most expensive cities to live in in the world. And unfortunately, this is seen by many as just the price you pay for living in such a desirable country, for the other chart topping countries are Switzerland, Norway, New Zealand and the other usual chart topping countries.

What will you be paying more for in Australia? The things that expats usually find expensive are food, imported goods, telecommunications and of course accommodation. Sydney and Melbourne have seen ballooning prices over the last few decades which makes owning a house anywhere near the city a forgotten dream for many Australians of this day.

Australia has a universal healthcare system that is lauded as one of the best in the world. Most health services are provided free or heavily subsidised by the government as part of the Medicare program. The option of private care is available however, and many of those who can afford it opt for this alternative for additional comfort during childbirth and also to receive treatment faster—for like in most world-leading universal healthcare systems—waiting times are still a problem. Median waiting times for elective surgery are at 37 days, however for 2% people they are over a year (Source).

Australia has compulsory, free, public education for ages 5 to 15, 16 or 17 (situation dependent). But private schooling is also an option for those who can afford it. Australian public schools have ample resources so private schooling isn’t necessary, however some prefer certain private schools for different reasons. Pre-school programs are privately run and non-compulsory, but Australian culture in many parts considers pre-school to be a normal stage in a child’s life and there are many good pre-schools available.

Australian tertiary education draws in large numbers of international students each year—a large proportion of them from Asia. Australian universities are consistently listed in top rankings in the world and an Australian degree holds weight around the world. It is true that they are of a high standard, and this is the reason for the draw.

6 Tips For Moving To Australia

Book Your Move To Australia Today 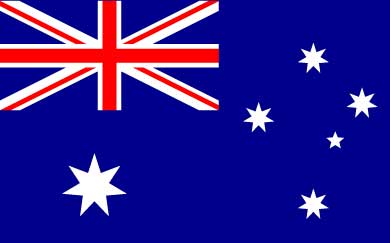