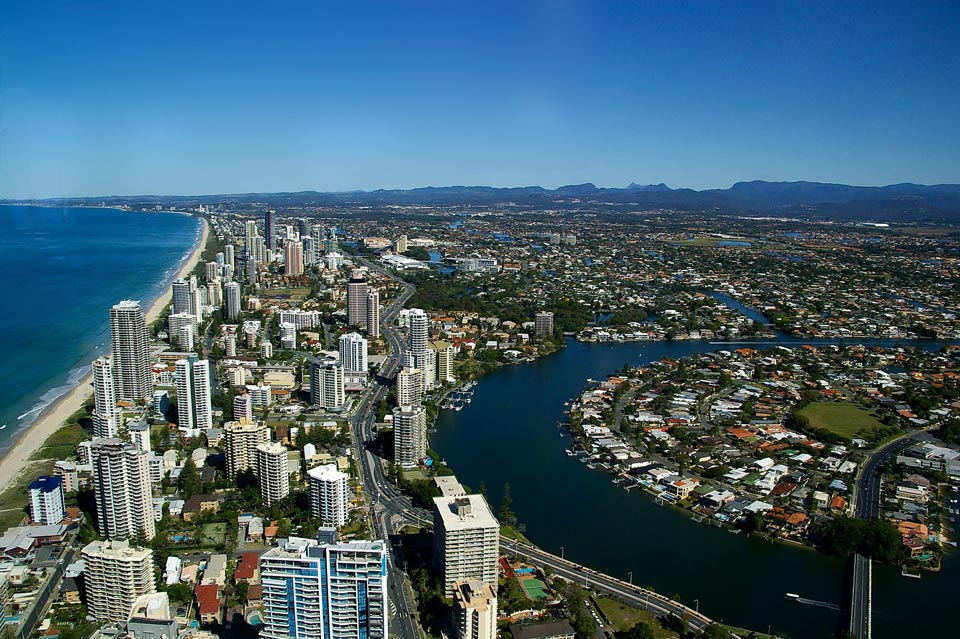 The Gold Coast is a city on the shore of Queensland, lying south of Brisbane. It is the 6th largest city in Australia with a population of over 600,000, second only to Brisbane as the largest city in Queensland.

Gold Coast As A Moving Destination

The Gold Coast is a popular holiday destination for a reason. It’s got the subtropical climate, surfing waves, theme parks, nightlife, canals and rainforests that you can enjoy all the time if you live there.

But which part of the Gold Coast to move to? Well Surfer’s Paradise is the center of the ‘action’ (meaning tourism and commerce). It is very built-up, never really sleeps and can be quite expensive so this is only for those who really love the Gold Coast lifestyle. There is plenty of coastline up and down the coast to go round, so for an affordable price you could easily secure a home near the water in a quieter location.

The Gold Coast’s subtropical climate has on average 300 days of sunshine per year. During summer, the temperature averages around 25°C which is not uncomfortably hot, and in winter the average is around 15°C which is quite pleasant also. Queensland’s climate is one of the main reasons why so many people move here, especially retirees and people working from home.

Despite being a sought-after tourist and living location, the Gold Coast has a cost of living that is significantly lower than Sydney. Rent prices are over 40% lower and consumer prices are over 14% lower.

The main way that people get around in the Gold Coast is by driving, and this city has reasonably low traffic problems because it is serviced by several high-capacity highways that travel from Sydney, through the Gold Coast to Brisbane.

Public transport in the Gold Coast includes bus, a train system and a new light rail system. If you are situated on the light rail, it may provide a more efficient commute to work than the cars that most commuters rely on.

One thing that you must note about the Gold Coast is that there are water restrictions and this is due to water supply being scarcer than in other states. Since 2009, this scarcity has lessened due to the opening of the Gold Coast desalination plant. It doesn’t mean that you will turn on the tap and no water will come out obviously, but it may affect the time of day you can water the garden and the type of shower head you use.

The Gold Coast has a distinct flavour of Australian culture that you will probably recognise instantly. It’s sunny, surfy and sandy. You will see lots of thongs, bananas and islander tattoos.

The two main drivers of culture in the Gold Coast are the locals and tourist marketing. The locals have a surfing culture that draws on that of the Polynesians. And the marketed culture draws on this, but is far more Americanised. For instance, the theme parks are a central point.

5 Tips For Moving To Gold Coast